Projects are the foundation of Philanthropy Connections. We take a two-step approach to our project involvement. First, we seek out community-driven initiatives started by local people to benefit their communities and improve their quality of life. Second, we connect these projects with sponsors willing to fund these activities.

Philanthropy Connections was founded to find and help people in need. It is the common thread in all we do. Thanks to the generosity of our sponsors, we work to positively change the lives of the less fortunate. Those who we assist, find strength in the fact that people like you, our sponsors, help them to build a better future.

How to get Involved

You can either become a sponsor, or a donor. Sponsors choose to financially underwrite an entire project, and donors choose to contribute to help sustain our operations, as well as help fund our projects as needed. Sponsors and donors can be individuals, families, organisations, or businesses.

Some Of Our Projects

Happy Thai Fathers' Day to all the amazing fathers who work so hard to provide for their families. We appreciate you!

This is Sai Vijit. Once a student at the Koung Jor Shan Refugee Camp, he was given scholarship support from PCF to further his education. After completing his degree, he returned to the camp to share what he had learned with the next generation. He's a true father figure to his students and we thank Sai Vijit for his dedication to his community and his students!

As a result of the current political situation in Myanmar, many thousands of people are fleeing their homes, with some finding shelter in temporary Internally Displaced Persons (IDPs) camps.

One of these camps holds about 3.000 IDPs, of which 187 are children of school age. We already support a school there, but recently the number of people has increased as the camp has become known as a safer place.

Due to this increase, poor hygienic conditions, the rainy season and the lack of a health centre and medicines, the people in the camp are facing health problems. Five camp residents have already died from treatable diseases, one of which was one of our students.

EUR 1.430 was requested by our local partner for the most urgent of basic medicines and these were quickly paid for and delivered.

Many thanks to Jonny Berman for his funding of this life saving project.

During two years of the COVID-19 pandemic, the Hsa Too Lei School at the border in Mae Sot had closed down. This school has 1.100 students - children of Burmese migrant workers, children fleeing conflict zones, children from refugee camps and orphans – and has no access to public funds.

This year they reopened but almost all their school furniture was damaged or broken. One of our long term partners, Friends Without Borders Foundation asked us for help, and luckily another one of our partners, the School of Global Studies, Thammasat University stepped in and donated 20 tables and 40 chairs.
Then, after Sallo’s presentation about our work at the Varee Chiangmai International School (VCIS), its students decided to organise a Flea Market and raised 3.302 THB for 3 educational globes for the school.

We are very grateful for SGS and the students of VCIS for their kindness in helping these 1.100 underserved students.

Latest Updates from the Projects

Immersing yourself in a new country and culture is exciting, scary, and fascinating – sometimes all at the same time. It’s also incredibly rewarding. One...Read More
What would you do if your parents asked you to drop out of school to help earn money to support your family? This is the choice faced by so many... and it is why we believe it is so important to help provide scholarships to students who would otherwise have to make this choice.
When you worry about your health, what does that mean to you? Do you immediately think of hospitals and emergency rooms? Or of eating well and getting plenty of exercise?
How do you find out what students and teachers in remote rural schools in Myanmar need? Ask them, of course! And PCF’s partner, Friends Without...Read More

Words from Our Supporters 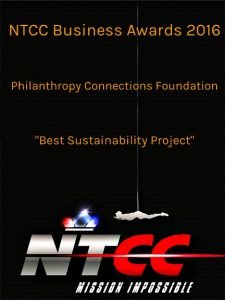 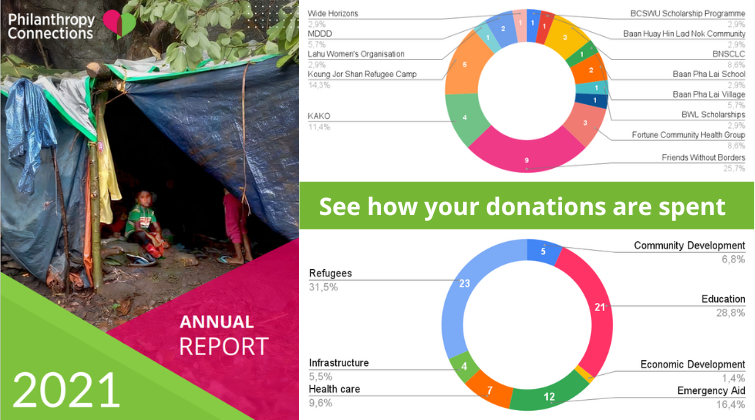 A year in the life, messages from sponsors and supporters and a full financial breakdown - this report has it all.
View the Annual Report
Dismiss ad

This will close in 20 seconds