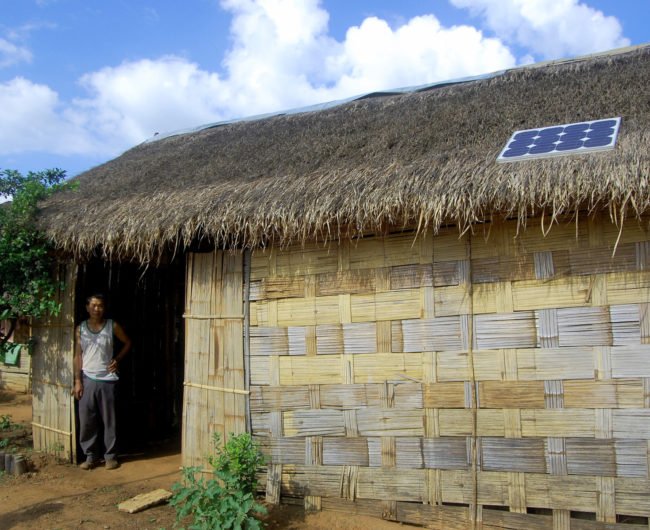 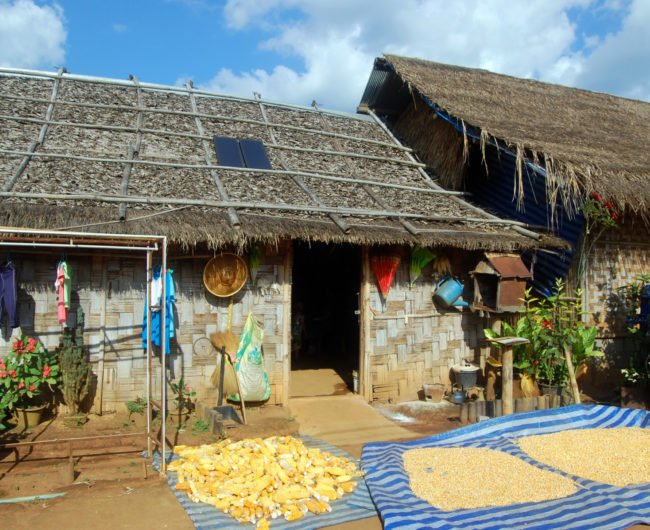 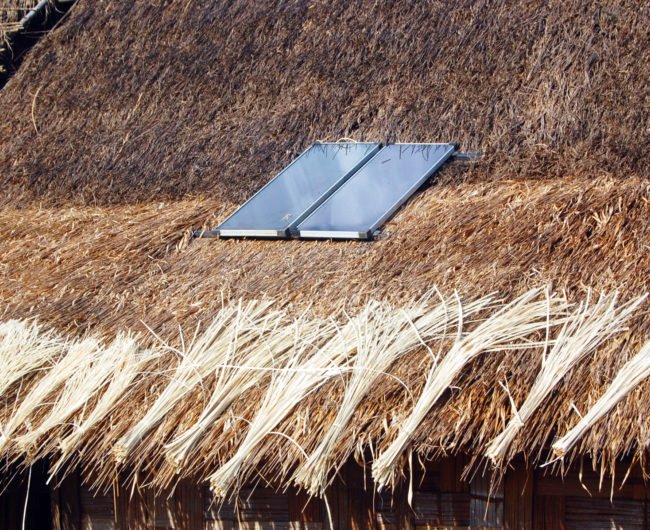 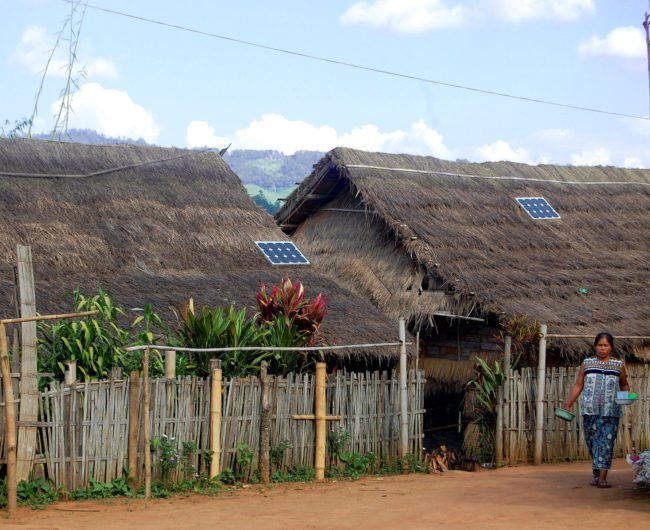 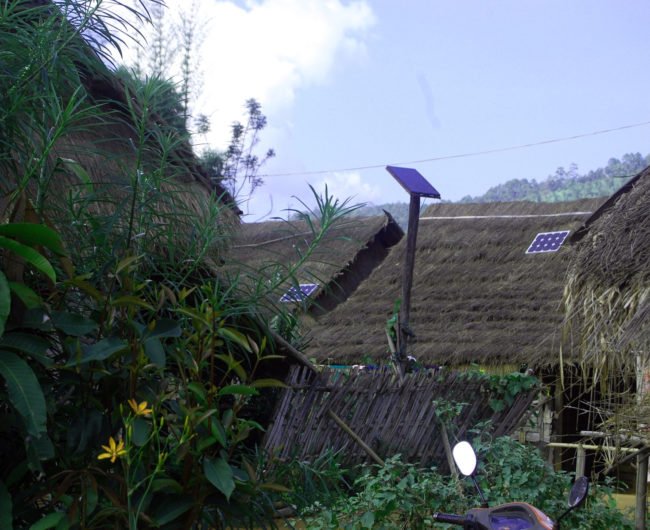 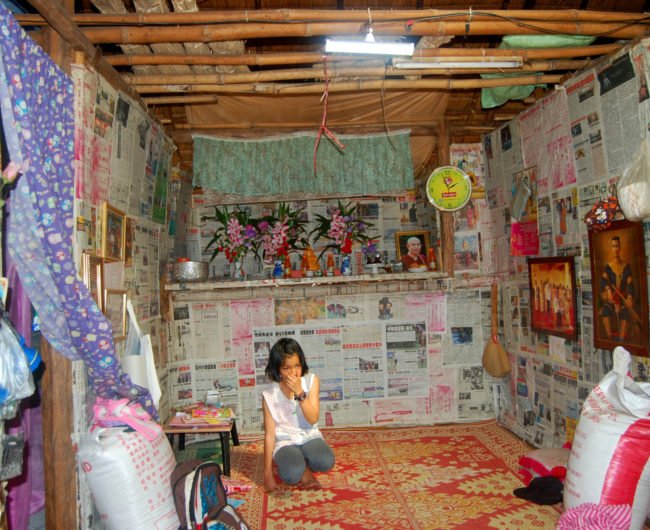 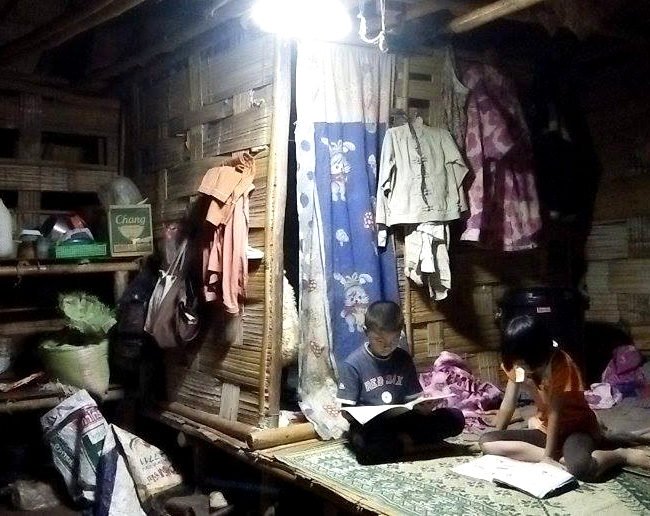 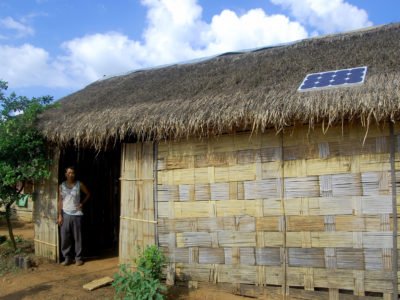 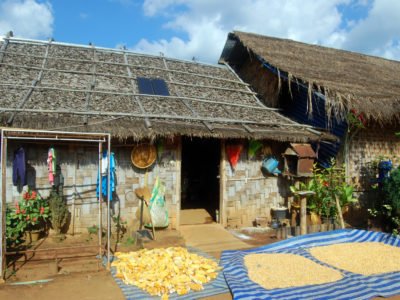 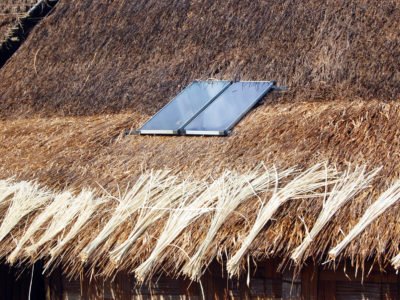 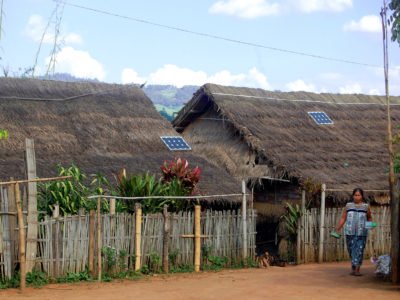 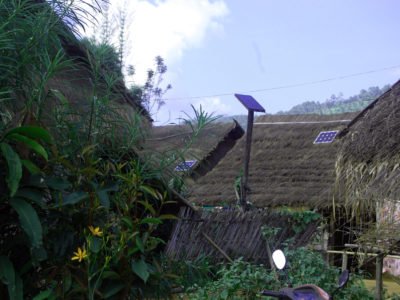 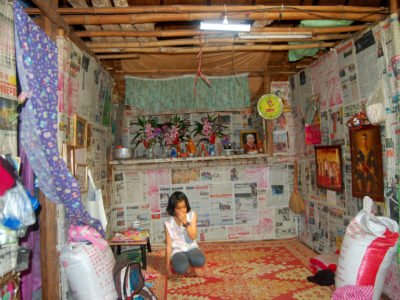 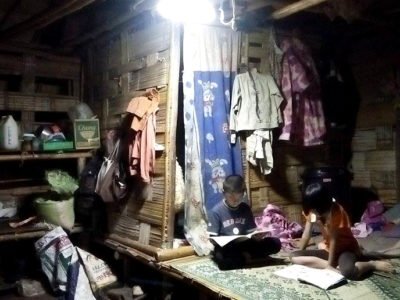 Located next to Piang Luang in western Thailand, Koung Jor Shan Refugee Camp is currently home to over 400 Burmese migrants who fled the internal armed conflict within their country.

Because the camp is seen as a temporary solution by the Thai government, electricity is only supplied to public areas of the camp. This means that many refugees experience long hours of darkness in their homes after sunset.

By August 2011, almost all the huts had solar panels installed to provide lighting at night. In late 2011 Philanthropy Connections financed six solar panels for the remaining huts in the camp.

Although the entire camp now had lighting, the installation processes had been carried out with faulty instructions. As years passed the solar panel performance deteriorated significantly and on average the electricity only lasted for a short 20 minutes.

In 2015 after visiting the camp and seeing the state of the solar panels, a representative from ‘Helfen Germany’ approached the German Embassy in Thailand to fund an upgrade of the solar panel system. The embassy agreed to fund the project if a local partner came forward as a co-sponsor for the project. Philanthropy Connections agreed to be the local partner, and found KiddyColors willing to provide funding alongside the German Embassy to upgrade the solar panels for the refugee camp.

Koung Jor Shan Refugee Camp was established in 2002 when over 500 people, led by a village headman, fled the fighting between the Burmese and Shan armies in their villages in Southern Shan State.

While electricity was provided in the evening to public spaces in the camp, until 2011 private homes had to rely on highly flammable sources of lighting such as paraffin lamps and candles. In a similar but much bigger camp in Thailand, over 1.000 huts burned down during a fire in early 2012. In March 2013 tragedy struck another small camp when more than 40 residents died in a fire that destroyed around 400 huts.

By installing solar panels in the camp, organisations like Philanthropy Connections helped ensure that the entire camp would have access to safe lighting in their homes.

In 2015 thanks to funding from the German Embassy and KiddyColors an additional 45 new panels were purchased and installed on the huts. A lottery decided which families received new panels. Once their old panels were removed and the new panels installed, the old panels were given to the remaining 40 families who did not receive new ones. This meant that these 40 families now had two panels. Together with new batteries included in the upgrade project the two panels provide the same amount of power as one new solar panel system.

A technician was hired to ensure that the systems were properly installed. He also trained the villagers how to maintain the panels. Now all the huts have solar panels that provide enough electricity for several days before they need to be recharged.